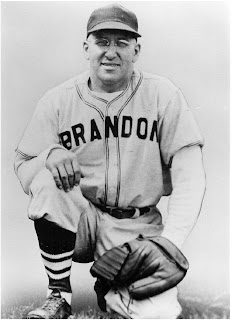 Brandon MN
Clarence was inducted into the Minnesota State Amateur Baseball Hall of Fame in 1967. Clarence began playing in a cow pasture in Moe Township in 1920. He was an instrumental force in the Resorter's League from its inception after World War II until his retirement in the late 1960's. The Brandon baseball field was dedicated in his honor and became known as the Clarence Anderson Field.
Posted by Brandon Mn History Center at 4:25 PM