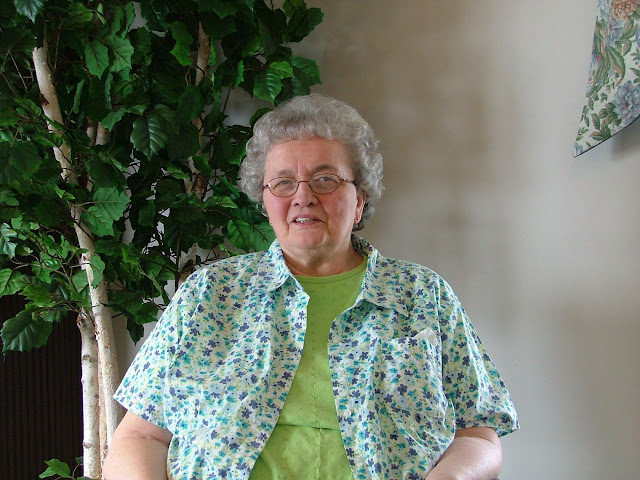 Joan Carol Erdahl Fjoslien died at Bethany on the morning of September 26, 2015 at the age of 80 years. On Thursday, September 24, 2015, Joan was asked about going to class at the Alex Technical College. She wrote “Absolutely I’m going to class. I feel PERFECT but have to struggle to stay awake.” Bethany Home in Alexandria became Joan’s home in March of 2006.


Joan was born on December 20, 1934, in Morris, Minnesota the daughter of Agnes (Sather) and Peter I. Erdahl. Joan was baptized on December 29, 1934, by Rev. Sverre Torgerson. Her Godparents were Aunt Mabel Sather and Uncle Richard Erdahl. Joan’s Christian Education was at Kongsvinger Lutheran Church at Donnelly, MN where she was confirmed by Rev. Alfred Sevig on August 28, 1949.

Memorial service will be held on Friday, October 2, 2015, 1:00 PM at Bethany Home Chapel in Alexandria.  Burial will be at the Minnesota State Veterans Cemetery in Little Falls.

Posted by Brandon Mn History Center at 4:36 PM No comments: